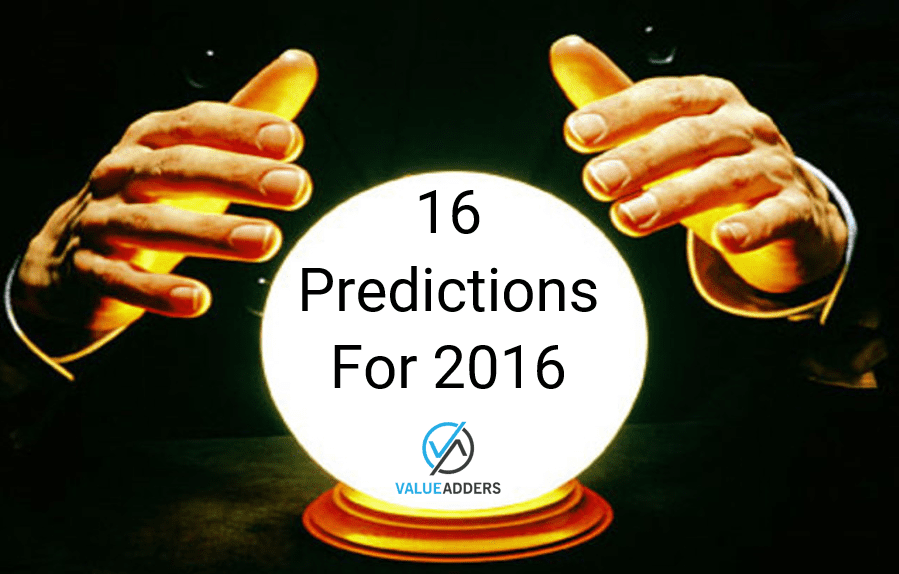 Am I the only one to dream of what tagline I’d like below my name in my next TV appearance?

To-date, the best I’ve received from my 15 minutes of fame have been: “Matt Paff, Big Brother Applicant” and “Matt Paff, Carry Over Champion” (from a brief appearance on Burgo’s Catchphrase).

I’m not quite happy that this is how Australian TV will remember me, so I catch myself occasionally slipping into a jealous daydream whenever certain taglines appear below people’s names in the shows I am watching.

The first seems to pop up whenever Dick Smith (the guy not the failed company he once owned) makes one of his regular TV appearances. Dick Smith, “Adventurer“. I LOVE IT and I aspire to to achieve such a status one day. The best way I have come up with so far is to windsurf from Sydney to New Zealand…I’m seriously going to have a crack…one day.

The second is “Futurist“. Even without knowing exactly what it is, it just sounds cool, something I aspire to be.

Wikipedia defines a Futurist as someone who explores “predictions and possibilities about the future and how they can emerge from the present” – isn’t that what strategic business owners and key executives do at the core of their role? I’m qualified then…

From a TV perspective, its the perfect crime. Get it right, you can roll out footage and say, “there see I was right”. Get it wrong, who really is going to care or even remember…seriously? Even if you get 1 out of 10 guesses right,  you can still look like a genius by replaying over and over your one correct guess…

So as we start 2016, I figure with 2 young kids, I should put the windsurfing to New Zealand off, but maybe I can start my transition from aspiring Futurist to an amateur one in the hope of catching some TV exec’s eye…so here goes:

1. $RKN (Reckon Ltd) will not be listed, in its current form, by the end of 2016. Based on the rumours, sure this is a fairly safe bet (apparently either MYOB or Sage will acquire), but it hasn’t happened yet, so it’s still classed as futurism, right? I’ll throw in a bold prediction, that the business division will be sold off and the practice and document management businesses will be kept.

2. ReckonOne to be absorbed/decommissioned. Its logical, if MYOB or Sage buy Reckon or at least the business software division, what need would either have for ReckonOne? I’m not sure of the architecture of ReckonOne, but at best if a micro-services architecture was used, perhaps elements could find their way into SageOne or MYOB Essentials. Else it becomes a sunset product before it even had a chance to get serious traction.

3. Xero to crack 1 million subscribers before 2017. Despite growing competition, with Australia past the tipping point as far as SME cloud accounting adoption, similar signs in the UK, good signs out of the US and emerging new markets in Asia and Africa, I see this as a major year for the kiwi Unicorn.

4. Intuit to benefit from the Reckon uncertainty. I think QBo + Apps.com is a compelling offering, seriously so, but Australia is perhaps the most competitive Cloud accounting space in the world, with all the major players worldwide, plus MYOB, Reckon, Saasu etc. I’ve seen the numbers being published by Intuit for our market but fear that this has to do with the $5/month offerings they first launched with and some partners stockpiling. I saw some ads online late last year where you could get QBo for half the price through a partner compared to that direct via the QBo website – this worried me. Also a lack of tax software for accountants, uncertainty around the Ondeck hook up with MYOB in Australia cutting Intuit out of the Intuit Financing picture down under, and the “all-in-brawl” that is the fight for a the accounting and bookkeeping channel (with Reckon, Sage, Xero, Saasu, MYOB etc), putting the new comers at a distinct disadvantage, all points to probably a tough year for Intuit Australia.

But it depends on how much Intuit head office are willing to invest in the current land grab… Big marketing dollars and sharp pricing *could* see Intuit take full advantage of the uncertainty around Reckon, sweeping up their channel and clients en masse using the QuickBooks branding and positioning them as the clear 3rd player in the Australian SME Fintech space. And I do think that will be the case – in 2016 a sale of Reckon (or even the ongoing speculation about the future of Reckon) will trigger BIG dollars to be invested by Intuit head office to “buy” marketshare.

5. SageOne will struggle but SageLive will find a market. Whilst they kind of have a channel with the Handisoft accountants user-base, I think SageOne will struggle to make the top 5 SME cloud bookkeeping solutions in Australia. But I think there is a definite opportunity for the existing Accpac/X3 channel to take SageLive (when released) to the Australian Salesforce user base (if Sage can be quick enough and stop their channel from jumping on the MYOB Advanced bandwagon first).

6. MYOB Advanced (Accumatica) to grow rapidly. The more I see of Accumatica the more I like it as a customisable enterprise platform. I do have some concerns around how it handles multi-tenancy, multi-company and inter-company transactions, but I think timing is everything and 2016 is the year for growth in mid-market cloud systems, which I feel MYOB Advanced will lead the way over lesser known rivals (such as Harmoniq, Gem Accounts, JCurve and its big brother Netsuite).

7. MYOB to acquire mid-market desktop player. So MYOB themselves have signaled their intention on this front, but strategically I think it important with their MYOB Advanced aspirations. Its a land grab and they need to try to stop the advance of Netsuite, SageLive, Financial Force etc. The key assets they will be buying is a channel to market and a soft target client base to upgrade (not product). With a number of smaller players being squeezed from the bottom and top by deep pocketed, international players, the mid-market is about to undergo significant shake up. I expect at least one long-term “legacy” accounting player to be absorbed by mid-year.

8. MYOB will launch a new Payroll service. With 4 New Zealand Payroll tech. companies acquired (Ace, IMS, Commac and Pay Global), and industry rumours of a new Accumatica based solution in the works, a new MYOB Cloud Payroll solution is obvious. I’ll go further to predict a true Software-As-A-Service offering, blurring tech and service, by including a premium solution providing full outsourcing of the payroll function (taking on the likes of ADP).

9. Employment Hero to explode. I’ve been telling anyone and everyone willing to listen that the Australian payroll/hr space needs disruption like we are seeing in the US. Gusto, Zenefits, Namely are all “unicorns” with the disruption they are causing to established players like ADP and Paychex. Payroll and HR are very regional and I’ve been wondering who would emerge down-under. Whilst I’m predicting MYOB will have a serious crack, I checked in with Ben Thompson at Employment Hero before Christmas to see where they are at and having a look at what they are doing and where they are heading in 2016, I reckon they are going to emerge with a bang!

10. Walters Kluwer (aka CCH) to make some serious noise combining iFirm + digitised tax compliance content, creating a seriously competitive, end-to-end practice management suite. Even if MYOB or Sage acquire Reckon and diminish the competitiveness of the Australian practice management software market, I think the leverage CCH will get out of their market leading position on content, plus a maturing, genuine cloud practice management offering, will shake up the market. In fact, I think this will then help shape the SME market as “platform agnostic” becomes a strong position for professional services/accounting firms to take.

11. $XRO (Xero) share price to crack AUD$30. Despite the shocking start to 2016 for the world share markets, and a share price below AUD$17, looking at the fundamentals including growth rates and new revenue opportunities in Fintech (with embedded loans and alike) exploding ARPU, I see huge upside in Xero’s share price.

12. Whilst I’m giving out share tips, $MNW (Mint Payments) share price to take off. With an investment from MYOB and relationship with a “Major international payments player”, I think this will be a big year for the mobile payments processor.

13. Common Ledger to be acquired. I love the concept of what the Common Ledger guys are doing, but I don’t see it as a standalone business. I think it needs to live inside a practice management system (like Sync Direct and APS). Walters Kluwer, MYOB and Sage would all seem logical buyers and are all acquisitive.

14. NextMinute to arrive. I see major growth in service based, operational management (job/tradie) apps over the next 5 years. Established players like Simpro, GeoOp and ServiceM8 are in strong positions for growth in what is practically a “greenfield” market as the perfect storm of generational change, smartphone adoption, wireless internet speeds going up and costs coming down has every tradie looking for an app to run their business. But NextMinute is the one that impresses me immensely as an extremely mature new offering.

16. 2016, the year of accounts payable automation. The likes of Receipt Bank, Expensify, Entryless have all been around a while, but I think 2016 is when accounts payable automation goes mainstream. Most major accounting software vendors are embedding some level of OCR document reading in their core systems (which will compete with the stand-alone platforms – MYOB have, Intuit bought Invitbox, a lot of accounting software vendors in AuNZ have tapped into Xtracta).

Anyway, there it goes, my 16 predictions for 2016. Feel free to disagree or add your thoughts. I look forward to reflecting 12 months from now – and I promise not to rewrite the article to suit actual events…:)

This and other articles appear on my LinkedIn profile: https://au.linkedin.com/in/mattpaff