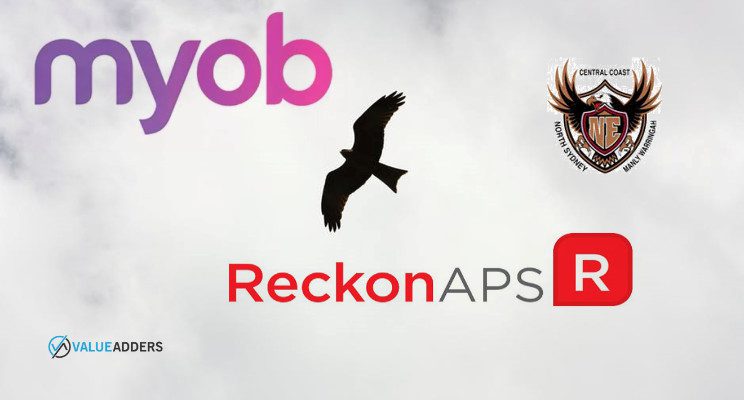 On the 16th of November it was announced that MYOB (subject to regulatory approval) had acquired the assets of Reckon’s Accountant’s Practice division for $180m. Over the past month, I’ve spoken to more people about the deal, than I care to count. Rarely at my instigation I might add. It seems everyone wants to talk about it! From people close to Reckon to big ticket clients, former staff, current staff and the average man on the street. I was even provided the opportunity of a private audience with senior MYOB execs in a no-holds-barred session in which they laid-bare their core strategies.

I’ve distilled my own thoughts, stolen some from others and now have my opinions and theory of what is to come. Here goes:

My general thoughts on MYOB

Despite their detractors, MYOB have actually made a pretty good fist of a dire situation over the past decade, from a shareholder’s return-on-investment perspective. With their market dominance in the Australian & New Zealand now well and truly usurped by a plucky start-up (or is that up-start?) in Xero (who one can never forget is funded in no small part by MYOB’s former chief and co-founder, Craig Winkler), they have still been able to deliver both their Private Equity owners a significant ROI. And they remain the largest player by revenue and genuinely (though some may disagree) “still in the game” in AuNZ accounting tech. All this has occurred despite being responsible for a mind-boggling array of separate, desktop code-bases and the en mass conversion of the installed base and channel (primarily to Xero).

My general thoughts on Reckon

Not agreeing to terms with Intuit some years back, allegedly through egos on both sides of the negotiating table, has to be, in my opinion, one of the greatest strategic blunders in technology land (for the two companies on both sides of the Pacific mind you), of the last decade. Only for Reckon to then be hit by Microsoft killing off Silverlight and severely delaying their entry into the genuine, cloud accounting market, which had many preparing the obituary for ticker code RKN.

But one can’t help but think the Rabie family has done a pretty good job of protecting it’s own financial asset and as a by-product, that of the other shareholders, with what has transpired in 2017. The key theme has been the “sum of the parts is worth more than the market values the whole”.

First, the only genuinely growing division was sold off to the secondary UK market the AIM, with the £13.6m listing of the document management (SmartVault and Virtual Cabinet) division under the name GetBusy.

Now they are selling off of the Accountant’s division to MYOB for $180m.

Given the current share-price as at December 19, effectively equals (slightly exceeds) the share-price as at January 1 ($1.54), sans GetBusy, the relative gains for shareholders in 2017 equals the value of GetBusy… current Market Cap £17.56 (~$30.6m AUD or around 17% return on the year, BEFORE regulatory approval of the division sale to MYOB). Not a bad year for a severely hamstrung company sliding backward into market obscurity…

The numbers from a Reckon perspective

I need more convincing you say? Take a look at what is left. The business division + legal elements of the practice management division. 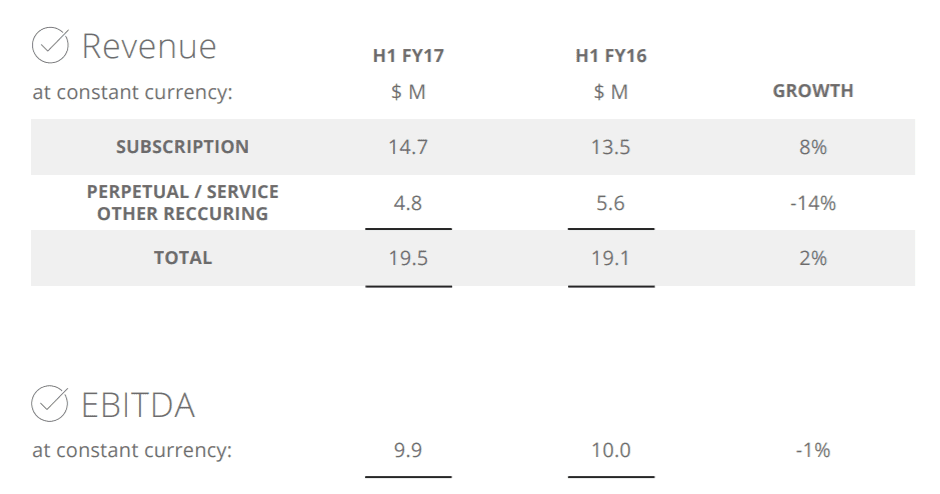 And the FY16 results:

So…with some rounding $RKN will be left with:

Those familiar with the BCG Matrix, this is the pure definition of a ca$h cow if I ever did see it! She ain’t a dog yet!

In short, what is left would make a highly profitable, very attractive, private business IMO. I don’t see how or why they would continue to remain listed and impair EBITDA with ASX compliance costs.

Whilst the market communication is “ReckonOne rah rah rah, lets ante-up with the injection of cash…”, I suspect the truth will in fact be quite different.

With a long tail in technology subscriptions, I suspect Messrs Rabie, Wilkinson et al, are thinking “let’s find a buyer for the legal practice stuff, delist this thing and make a truckload as this old QuickBooks thing dies a long, slow death…ReckonOne, meh…”. Take it from one with fair experience in old accounting & payroll tech companies, it can be a highly profitable past-time squeezing the lemon (“sweating the asset”) on a rusted-on user base.

I suspect what will happen is a special dividend will be announced. Shortly thereafter will come a management buy-out offer to shareholders. Effectively the money raised from the various sell-offs, via a special dividend, will deliver the remaining assets to key shareholders as a private company that will more than fund a easy transition into a healthy retirement. And they get to play with GetBusy as their growth investment vehicle!

What comes of the new MYOB Practice Management division?

As an avid rugby league fan (born and raised in regional (northern) NSW, it’s injected into you at birth, like AFL in Victoria), I can’t help but think of the Northern Eagles when I consider what comes of a combined APS/MYOB Practice Management business.

But before I get into that, let’s consider the elements that make perfect business sense:

Now, let’s look at this through the lens of the Northern Eagles. For those not familiar, let me summarise it like this:

So to my point. I think Accounting firms have a brand association with either APS or MYOB, invariably they have had a bad experience with the other. The companies have predated on each other, as I have already emphasised. Clients may like APS in part because it is not MYOB. They like MYOB AE in part, because it is not Reckon APS… So what comes of the client base under the merged entity? Another Northern Eagles? Particularly from a Reckon APS customer perspective? Are Reckon customers like the North Sydney Bears fans, who are for the most part, now lost to rugby league..?

The ACCC should NOT stand in the way of this deal (those old enough will recall that the Sol6 / Ceedata / MYOB acquisitions were not blocked – this creates no more of a monopoly than that did). On reflection, whilst there will be challenges for both MYOB and the broader, accounting firm practice management market, I think this deal is a win/win/win for all:

The final, and most important and debated topic is, the customer:

PS in case you missed it, I think Reckon $RKN shares are currently significantly under-valued given my belief the ACCC blocking the deal is unlikely and the pure numbers on what is left (regardless of churn), don’t really add up to how the market has valued it…

Follow me on the socials for more commentary on #CloudAccounting #Biztech

Check out my blog: https://valueadders.com.au/articles

MYOBReckon
Previous ArticleQB Connect 2017 – The review no-one else will write Part 2Next Article17 Predictions for 2017: How’d I go?