In Part I of Getting SaaSy, I assessed the ASX and NZSE listed SMB accounting tech players competing in the Australian and New Zealand market. For purposes of comparison and relevance, in this installment I’ve assessed the two major international players Intuit and Sage, plus, by popular demand I’ve had a look at Netsuite, whilst not really targeting AuNZ SMBs, they are the longest standing accounting tech SaaS cloud player in the world.

I’ve finished by tabulating the key numbers in Australian dollars, across all the assessed companies, which makes for interesting reading indeed.

The dominant US and thus worldwide player. Big head start in SMB cloud accounting launching QBo in 2004. Massive lead with ~1.3m subscriptions and growing 100k/quarter, faster than anyone (though Xero regularly highlight a % are churn from QB desktop).

Highly innovative company. Used as an example by Eric Ries in his book “The Lean Startup”, for how large companies can be innovative and lead the disruption curve.

Exist in the Australian market:

If you haven’t read the article by Brian Halligan (CEO of HubSpot) on “Why aren’t there more Intuits?” – please finish reading this then come back and follow this link. It’s a great read on the challenge of scaling SMB software tech companies and recognition of Intuit’s achievement over the past 30+ years. Also, for the pessimists, serves as a warning to Xero’s ability to keep growing at scale.

~1.3m QBo subscribers worldwide with ~30k subscribers in Australia (in my books that puts them behind Xero and MYOB and ahead of Saasu, Reckon and Sage for pure cloud SaaS subscribers), though how many of these were effectively given away with prices like $4.99 being dominate early..?

More than 8,000 employees with 80 odd Australian based staff (some of whom came from the Invitbox acquisition and work on the US TurboTax product).

The world. Aggressive international expansion, beyond English speaking countries including markets such as Brazil, India, Asia and France.

Direct strategy in Australia running parallel to channel. In the fight with Reckon, Sage, Saasu and Xero for partners (accountants and bookkeepers primarily). Reckon’s channel appears the easy target as they “grew up” on QuickBooks/Intuit products.

QBo only though awaiting news on their new “self-employed” product in Australia. TuboTax is a significant product stream in the US, with some Dev in Australia, but not sold here.

No real presence in NZ, though the “International” version of QBo is used/sold into NZ.

Apps.com – the leading ecosystem for mine. Now offering developers access to QBo framework to build single-sign on, “native” add-ons – I think a seriously smart play. It took them a decade to catch on to the platform rather than application play (QBo went a decade without published APIs), but they certainly caught up quickly.

In the best place at this point, to aggregate MASSIVE SMB data worldwide and lead the Big Data and Ai push.

It appears that there is some machine learning within the bank rec, which is pretty cool to see in action I have to say. Still immature but gives great insight into where we are heading with auto-coding of transactions WITHOUT having to set-up your own coding rules. For those not familiar with bank feeds and coding, it’s THE game-changer for cloud accounting tech compared to desktop. Based on the learning engine, QBo allocates transactions for approval saving enormous time in data entry for small business.

The dominant UK player with worldwide footprint. Historically cloud deniers and highly acquisitive (after you finish reading this piece, see my previous article on Sage – The Waking Giant for more details), seemingly getting their act together under CEO Stephen Kelly.

“Customer for life” strategy with masses of separate code bases worldwide (from Handisoft to Accpac, Pastel to X3 and Micropay to WageEzy in Australia for example). A new cloud/mobile first focus and putting a lot of eggs into the Salesforce platform play, SageLive.

~13,000 employees worldwide. Listed on the FTSE with a Market Cap equivalent to nearly Au$13b on annual revenue of $2.7b (market cap to revenue of ~4.7). 6% YoY revenue growth with a dividend of 2.49%. Long-term debt of Au$1.1b on a non-current debt to revenue ratio of 0.42 and Debt to Equity of 70%. The largest Goodwill and Intangible Assets balance sheet account, probably indicative of their historical acquisitiveness.

The world. Entry level to enterprise. Client-side and accountant-side.

Channel strategy by product. SageOne seems to be a new channel to market with hope of leveraging the established Handisoft accountant user-base, plus compete with Intuit, SaaSu, Xero etc to get accountants and bookkeepers on board.

Similar view of the world to MYOB – multiple, unrelated products across the gambit of the business accounting tech space.

Classify themselves as occupying the golden triangle – Accounting, Payroll and Payments – the latter clearly defining Fintech as core to future strategy.

? Masses separate data/code-bases will make for interesting strategy. SageView has Big Data written all over it. 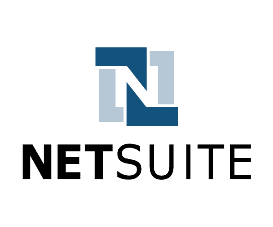 Netsuite have pioneered online accounting since being founded in 1998. Originally called NetLedger, at one point the product was renamed “Oracle Small Business Suite” (owing to Larry Ellison’s significant investment/ownership) before settling on the name Netsuite.

Originally exclusively distributed in Australia via NetReturn, a name many might remember from the days when MYOB were involved with a stake of around 35%. The story has it that Netsuite renegotiated the exclusivity clause out of NetReturn’s agreement by the mid-noughties in order to come to Australia direct, which saw NetReturn reassigned as a non-exclusive partner. Within a couple of years Netsuite acquired NetReturn and MYOB exited with other investors (all of which ultimately led to MYOB investing in and distributing Acumatica in direct competition to Netsuite).

With a specific focus upstream of the SMB space Netsuite sees its sweet spot in businesses with 20+ employees – which accounts for less than 3% of Australia’s 2,121,235 businesses (which equates to a target market of ~63,000)!

~4,600 employees worldwide. Listed on the NASDAQ with a Market Cap equivalent to over Au$7b on annual revenue of almost ~Au$1b (market cap to revenue of ~7X). Incredible 33% YoY revenue growth considering they’re nearly a 20 year old company – in fact they have achieved 37% growth per year over the past decade! No dividend, which is common in the US where a dividend is almost seen as a concession that the company isn’t better with investing the cash than the shareholders. Long-term debt of Au$420m on a non-current debt to revenue ratio of 0.42 (basically same as Sage) and Debt to Equity of 93%. Goodwill and Intangible Assets balance sheet account ~Au$470m.

If you’re looking for the guru of SaaS metrics I recommend this Tomasz Tunguz – this is a great article he wrote on Netsuite and some of its SaaS Metrics over time. They are quite an amazing example of SaaS success.

Nonetheless, they don’t seem to open to publishing SaaS stats. I’ve tried my best at calculating what I can from what is in the public domain + estimating based on some known stats from JCurve. All care no responsibility here:

Average Revenue per User (ARPU) monthly – ~Au$6,600 at company level – you see, a very different league to the SMB players discussed before.

Customer Acquisition Cost (CAC) – ? With Sales & Marketing expense 45-50% of revenue, you’d have to think CAC is large compared to the others I have analysed BUT still a fraction of CLTV!

Customer LifeTime Value (CLTV) – unbelievable, but my estimate is >Au$600k/company

Churn – used to be renowned for horrific churn but continued growth suggests very much under control. If JCurve can be used as a benchmark, you’d have to think churn is around 10% or better.

The world. Mid-market to enterprise.

Direct and channel strategy, with professional services making up 20% of revenue.

Whilst there are no practice management or tax tools for advisors, Netsuite off an Accountants’ program with free access to client data, discounts on training plus referral “benefits”.

Significant and seamless via https://suiteapp.com/.

With a mid-to-enterprise focus, Fintech perhaps isn’t as integral to the ERP offering as SMB..? I see Fintech in the accounting tech space focusing on access to volumes of SMBs, which Netsuite isn’t trying to do.

All Players, The Key Numbers

Now I have covered them off, its good to look at the key numbers all in one place.

Note: the numbers are constantly changing (Xero’s share price was up 6% on Monday, after sustained selling over recent months).

Note also: Some of the numbers are “educated calculations” rather than published numbers, but for the purposes of comparison, these are accurate enough.