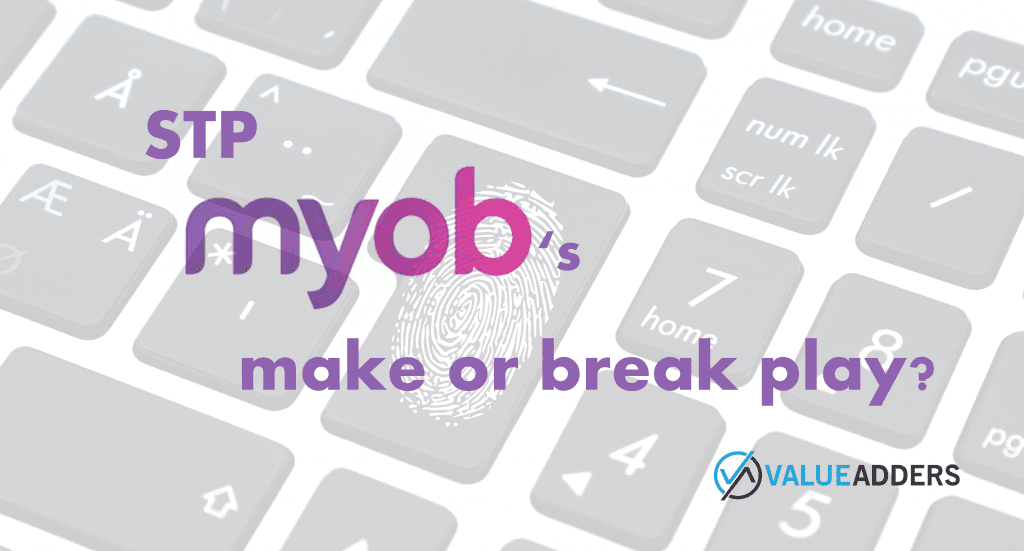 MYOB have a significant make or break play in market at the moment and few seem to be commenting on it. And I’m not talking about Practice Management and the abandonment of the the Reckon Accountant’s division acquisition.

My story starts in 1982. Teleware, founded in the US by Chris Lee, develops the original MYOB solution for Mac. By the early 1990s, Brad Shofer and Xero director Craig Winkler, through their company Datatech, are distributing MYOB in Australia (recompiled off the same code base for Windows). Teleware is acquired by Best Software (now owned by Sage) and then Datatech acquire Teleware and the MYOB IP off Best Software. Datatech rename themselves MYOB, list on the ASX and the rest is history…

Bear with me, point coming… the reason for the history lesson, is the core MYOB code-base (MYOB Desktop – what many know as AccountRight and Premier – what I will refer to as MYOB Premier), sold in Australia over the past 3 decades has evolved from the original development in 1982.

The product known by most as MYOB AccountRight Live on the other hand, has no origins in the US and can exclusively be claimed as code developed for and by MYOB Australia. A hybrid, windows based, online and offline database solution, intentionally built to look and feel like the “old MYOB” to offer an upgrade path and be rid of the legacy code-base.

MYOB AccountRight Live is a subscription only solution.

In Australia and New Zealand today, there are literally hundreds of thousands of active users of MYOB Premier, most of which purchased the software from the likes of Harvey Norman and have either not upgraded, or paid for upgrades as they go.

Then along comes Single Touch Payroll (STP). At MYOB Incite earlier in the year, MYOB announced that it WILL NOT be offering STP within the traditional MYOB Premier solution. They had arranged an STP deferral until 2019, for clients utilising the two, main features that exist in the “old” MYOB Premier solution that are still to be developed in AccountRight Live:

So, MYOB are drawing a line in the sand. Traditional desktop is dead and those MYOB Premier users with 20+ staff, using the inbuilt Payroll, who fall under the July 1 2018 implementation of STP umbrella have to make a choice:

By ABS stats, there are more than 50,000 organisations in Australia that (have 20+ staff) need to comply with STP from July 1.

Of these, MYOB (AccountRight) Premier Desktop (old MYOB) is by far and away the dominant business system in use. By my estimate, half of all organisations in this space, (25-30,000 organisations).

That is A LOT of decent sized businesses considering their business system over the next little bit.

What’s in a name?

To help muddy the waters (in their favour) MYOB have performed a sleight of hand, renaming their product suite:

Is STP the catalyst that makes or breaks MYOB?

Is this going to accelerate the migration of the traditional desktop client base to Xero, QuickBooks Online, NetSuite etc?

Are there enough Value Added Resellers (VARs) in Australia to implement that many mid-market customers in a short window?

Yeah maybe; Yes definitely; Absolutely Not; No, not really.

If the majority of the Premier users don’t pay them anything right now, even if they win a fraction over to:

they win, from a revenue, margin, shareholder and investor perspective. 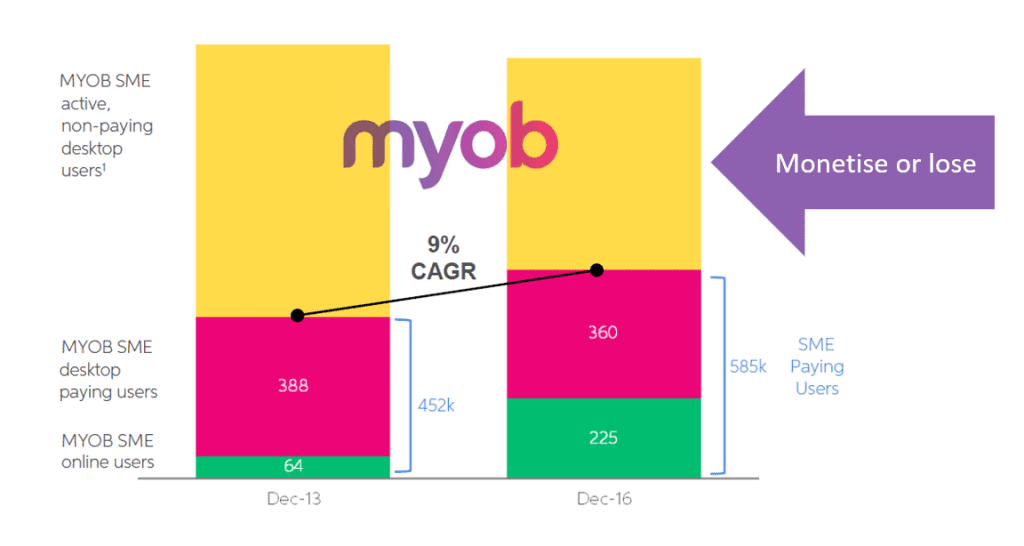 The en masse conversion of even a fraction of the MYOB Premier base will generate significant, new recurring revenues for MYOB. It will create a significant presence for MYOB Advanced + People. It will establish MYOB as genuinely owning the “mid-market” and actually, making money out of doing so.

Average Revenue Per Client and Customer Lifetime Value in shifting this remaining MYOB Premier base in the STP relevant space, is significantly higher than the existing revenues being generated from them right now. From hundreds to literally hundreds of thousands of dollars in Lifetime Value is the uplift opportunity. That in-and-of-itself offers MYOB a significant buffer and incentive to accelerate the conversion of its desktop client base, even if the majority go to competitors…

Nothing beats the Carrot and the Stick to change human behaviour. Is STP is the stick MYOB needed to shift these rusted on old users, that carrots alone could not move? Time will tell!

MYOB
Previous ArticleQB Connect Sydney 2018 – the review no-one will writeNext ArticleHey mid-market, get your heads out of the sand, Xero & Intuit are coming!