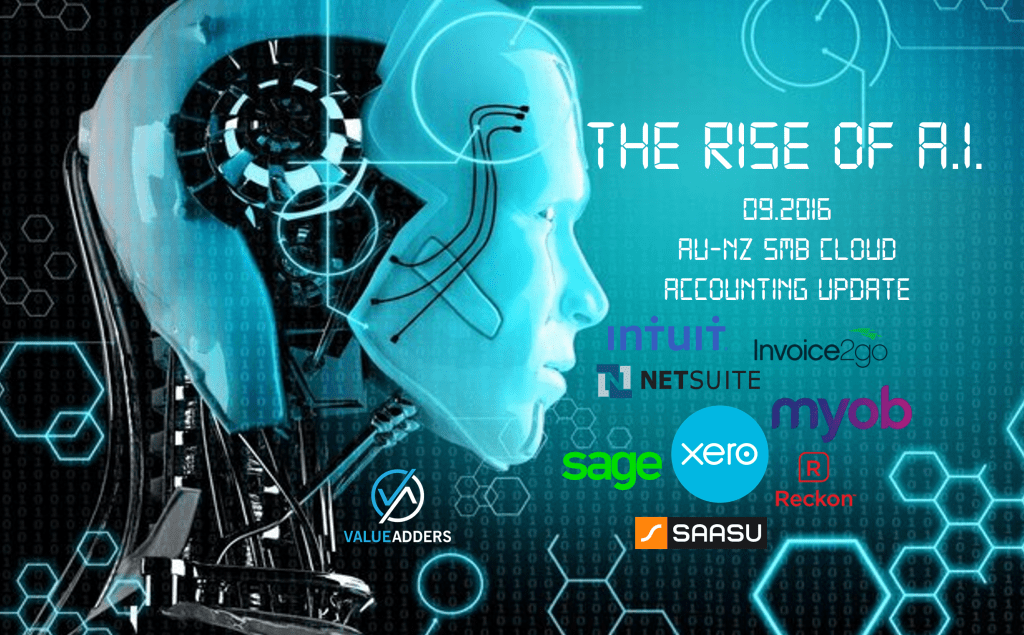 Mark September 2016 in your calendars. It was the month when Artificial Intelligence (AI) officially went mainstream in SMB accounting tech. This month saw #XeroCon South in Brisbane and the MYOB Partner Conference Roadshow across AuNZ, both raising the future of “coding free data entry”.

The Intuit Investor Day update last week, similarly covered “machine learning” at the centre of its developments around “Data-Driven Innovation”.

All-in-all, the future has arrived…on top of mobility and the crowd-sourcing of contact details demoed at XeroCon, the arrival of AI sees the beginning of the real, tangible departure of Cloud Accounting from its desktop accounting roots

…and perhaps one might conclude, the imminent decline/demise(?) of traditional bookkeeping (note I have bolded and italicised traditional).

As part of their Investor Day update, Intuit broke out the “Total Addressible Market” (TAM) by region and provided detail on their existing subs. On a positive note, there was a lot (for investors, partners, even clients) to like in the Intuit Investor Day deck. Here’s a BIG company executing on a BIG strategy. One line stood out for me, on the top of their Priorities:

In one sentence, a couple of key points are made:

The conference season in full swing

This month saw XeroCon and MYOB PC. Before the month wraps up we see Netsuite Suite Connect in Sydney on Thursday. And then, there’s plenty of the AuNZ contingent heading over to the US for either or both:

Rumours have it Intuit are searching for a buyer for Invitbox. This is/was a popular “ecosystem” partner for Xero (before the Intuit acquisition) & QBo, particularly in the hospitality sector here in Sydney (given that hospitality was its origins). The acquisition seems to have been more IP related (to embed Invitbox-style OCR stripping into TurboTax, QB Self-Employed and maybe QBo?) than for the business itself.

The website currently states no new registrations, and word has it the company will either be sold off or shut-down over the next 6 months.

Word on the street has it that one of the major vendors is preparing for a BIG budget launch of a small new app to the Australian market next month. The new product appears to be a “shot-across-the-bow” at the NSW Central Coast success story, P.E. backed Invoice2Go. #watchthisspace

Whilst it hasn’t found its way to social media and their website yet, MYOB launched a new logo at their Partner Connect roadshows. I’m not sure what I pink, I mean think: 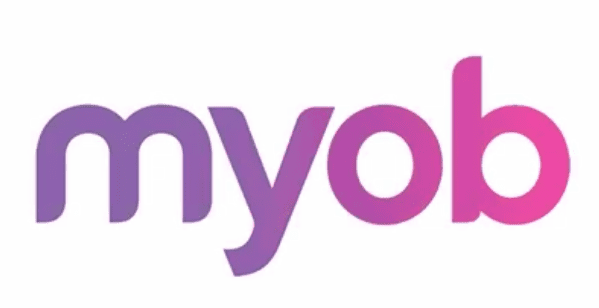 It seems most SMB Cloud Accounting vendors now have a tight relationship with PayPal. From QBo to Xero, Reckon to Saasu – it seems the partnerships team at PayPal have been very busy.

Remembering MYOB have partnered with Mint for their own PayDirect solution, so PayPal may not be a priority for them.

I Reckon that’s not so Intelligent

One of my tweets during the month questioning an article on the Intelligent Investor website that suggested Reckon might be a good investment given the “value” of the “Practice Management segment” created quite a reaction.

Do some more digging Jon @value_investing & you will find the APS division ain’t doin’ so well #RevenueNotFullStory https://t.co/DdfjVF2dAI

A part from a response from Rod Drury that “stand alone accountant-side tools are trending to zero $”, I received a number of phone calls, direct messages and emails from people (not wanting to publically say it) but agreeing with me that the APS division on paper is probably not reflecting market sentiment.

Revenue is only one side of the story. Marketshare, customer sentiment, client acquisition, retention, attachment, competitive landscape, product relative to market, succession planning …there are other factors that will determine the future performance of the APS division. What I am hearing is on a whole, the Practice Management division isn’t looking overly healthy…all I am saying is, I personally wouldn’t be rushing to invest in Reckon in belief that the APS division will drive a decent growth for my investment.

All the telcos are jumping on the app bandwagon. Telstra have partnered with AppDirect for their Telstra Marketplace. As have Spark in NZ with their Business Apps. Vodafone has their own marketplace. Now Optus has launched Optus Smart Shop. And Sage have jumped on board with Optus to offer SageOne.

Have I missed any news this month? Please comment below to add your thoughts or any newsworthy items.