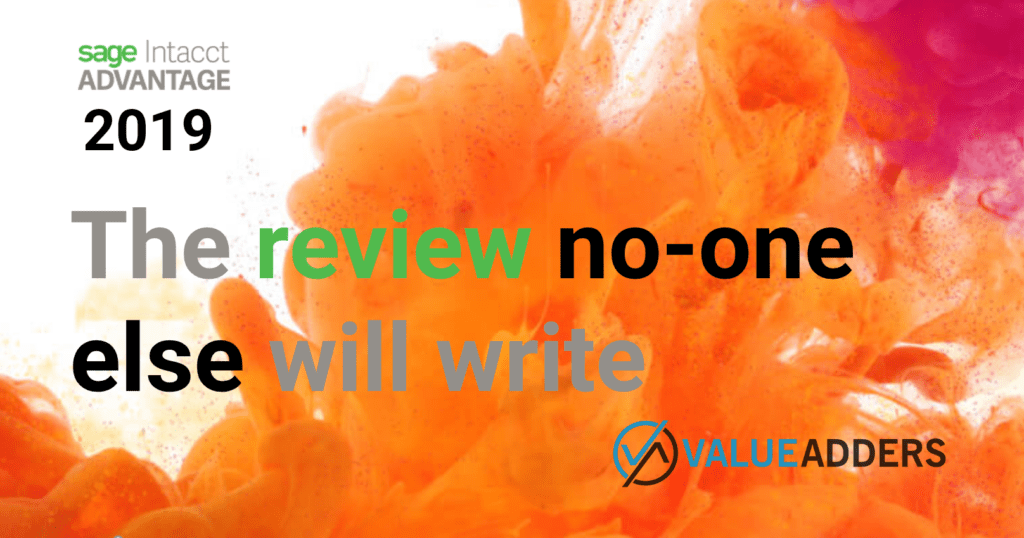 4 years ago, after a research trip to Las Vegas for a Sleetercon Conference, I wrote an article titled “Sage – The Waking Giant?“. The crux of the article – was Sage finally about to become a software company, shedding the cloud denying, siloed, listed software fund persona to actually start leveraging its massive cash generating P&L and balance sheet to start competing as a modern business software vendor?

Ironically, many of the people and products I raised in the article have come and gone. It appears Stephen Kelly wasn’t so much the amazing leader as a brilliant orator. Like Stephen, Jennifer Warawa has also moved on, as has most of the senior leadership back in Australia. Sage Live morphed into Sage Business Cloud Financials only to be shelved… SageOne (aka Sage Business Cloud Accounting) has struggled against the juggernauts in Xero and Intuit QBo… And I can’t recall any of the other products making much headway… Probably explains Kelly’s departure…?

Nonetheless, I think I was still right… I was witnessing a swing in the direction of Sage… execution may not have been a strength of the Kelly-era Sage, but the giant did wake up and start looking for ways to compete, perhaps out of pure necessity and shareholder pressure… Ironically, acquisitions were always Sage’s strength and it has perhaps been two recent acquisitions that has Sage back in the game, finally displaying signs of a software company, rather than a listed investment fund:

So this leads me back to Las Vegas last week, to Sage Intacct Advantage 2019. Sage have recently launched Intacct in Australia and are about to do so in the UK. I was lucky enough to be one of the international guests invited to get a better understanding of Intacct and the “new Sage”. After all, it wouldn’t be a serious international event without the Matt Paff “review that no-one else will write” treatment… 🙂

Intacct was incorporated in the US in 1999, one year after its most direct competitor NetSuite. Intacct launched its first product to market in 2001. Interestingly, whilst NetSuite went international early in its life, Intacct stayed focused on the North American market. Meaning, whilst Intacct is a household name in the US and Canada, it is not well known outside those core markets… yet.

Intacct [a portmanteau of Internet & Accounting no doubt] is a Cloud ERP system, targeting organisations beyond entry level, with a genuine, multi-entity, multi-dimensional accounting platform, built for integrations and high transaction volumes. Today, something like 50% of transactions through Intacct do not originate from an Intacct data entry screen, but rather is pushed into the system via the API.

Interestingly both Intacct and NetSuite have been acquired in recent years – ironically a year apart once more (there must be something about software campanies turning 18 and getting acquired). NetSuite scored ~US$9.3 billion from Oracle in July 2016 (a cynical person might point out Larry Ellison was the major shareholder in both companies so the valuation may have been more than a tad inflated).

Intacct scored US$850m from Sage a year later in July 2017… One could easily argue the decision to go international early strategy won out… but what’s $8.5b between friends..? I’m sure Intacct shareholders are happy nonetheless! Besides the race is far from over!

From a numbers perspective, Intacct will contribute US$200m to Sage in the year ahead (on a massive growth trajectory from $6m annually just a decade ago when Rob Reid joined the business).

From a product perspective, SageLive – the Salesforce based ERP system proved more difficult than the dream. The cost of sales would have been high (margin to Salesforce before any sort of channel must have hurt). The product was slow to develop, contrary to the Force.com promise (perhaps more the tradesmen than the tool…?). Intacct gives Sages its own Enterprise Cloud Platform (ECP), and control of its margin and price point. A well respected, tried and proven system.

From an acqui-hire perspective, Sage bought a tonne of talent, with SaaS in their veins. I for one thought the Sage board embarrassed itself no end when it punted Kelly and Donald Brydon, Chair of Sage stated:

“We need to get a CEO that has SaaS in their veins. It is not a learned behaviour”

Only to promote its CFO, with minimal SaaS experience, Steve Hare to the role a couple month’s later… Dounce hat to Donald, someone please!

Nonetheless, in Intacct (and Fairsail and more recently Auto Entry) Sage has acquired a raft of senior execs “with SaaS in their veins”. Intacct CTO Aaron Harris (pictured on stage below) is now Sage’s CTO.

Former Intacct CEO Rob Reid is now “Chairman Mid-Market Solutions Group” – an odd title in UK AND American company structures! When I queried him on it, he holds an executive role, but kinda an advisor to the business on its operation, rather than filling a specific executive function. Reading between the lines. Rob is someone with SaaS running through his veins (he proudly states he’s worked 9 start-ups 8 of which were successful). His role is to coach Sage on SaaS and the Intacct way!

Ultimately Intacct particularly buys Sage a SaaS native culture. It was commented more than once by people o spoke with (at obviously an Intacct NOT all of Sage event), that it almost smells of a reverse takeover of Sage by Intacct.

Intacct have run this event for around 12 years. There were 3,500+ people in attendance. A full exhibitor hall, showing off a thriving ecosystem. This is a serious event.

Partners come early for Partner Days. I landed for the main days, when thousands of actual real-live customers come, from across the US. The main days are clearly client focused. This makes the event more QBConnect than Xerocon (partner focused) for the SME Cloud Accounting readership. This reflects the combined business model, whereby like NetSuite (and Salesforce, Intuit and others), Intacct runs a mix of direct and channel businesses.

There’s not the Oprah or Shaq that you get at a QBConnect, but perhaps this shows the maturity of Intacct Advantage vs the 5 year old QBC? The agenda is jam-packed with content, targeting the specific verticals in which Intacct operates. And this is a key point of Intacct as a business which Sage will learn from and comes through at the event – it is clearly a vertical and micro-vertical focused business. Not just Not-For-Profits, but church group not-for-profits. Not just Financial Services, but multi-branch mortgage brokers. They are very clear in who they target and this makes for the only logical way to scale sales and distribution of mid-market ERP. I cannot possibly agree more with the strategy. And judging from the delegates that I spoke with over the 3 days, they are obviously executing the micro-vertical strategy well, as the same business types kept popping up…

For those that read my “reviews that no-one else will write” regularly, you’ll know it can’t all be platitudes and roses. A couple of things about Intacct and the event that raised my eyebrows:

With Intacct, it’s all about the CFO and the GL

And the future of Intacct? Its all about the CFO:

Its an interesting strategy. It will work for and against them me thinks. But in the target clients, probably more for than against.

As with most of my other industry event reviews, this is far more an analysis of where the vendor and its product offering is at, than just the event itself.

Intacct has Sage looking and feeling more like a modern software company. Throw in Sage People and Auto Entry and its a very different Sage to 4 years ago when I was impressed by Stephen Kelly, only to be disappointed by the lack of execution.

Worldwide, Sage is effectively losing the SME market to become an also ran. Customer for life on the legacy systems makes sense (retain the revenue from long-term, change-resistant clients for as long as possible, squeeze that lemon). And like MYOB is doing in Australia, retreating to / focusing on the mid-market is a logical strategy to remain relevant and keep shareholders happy (afterall, Sage has a history in the mid-market and mid-market equals significantly larger ARPU and LTV).

The challenge is the mid-market is heating up and the competition for quality Value-Added Resellers (VARs) is very very tough. Worldwide NetSuite has a big head start. Intuit have launched “QBo Advanced”. With their ecosystem of “add-ons” Xero continues to push into the mid-market. Microsoft are coming with a very solid product offering. Acumatica has established regional partnerships like MYOB. Odoo is gaining traction. SAP are actually getting their act together on B1 and ByDesign. Then you have the local players… There’s only so many VARs to go around. Hence a a blend of VARs and direct will be needed.

That said, Intacct is a solid, mature product offering, with a solid, established ecosystem of integrations. Sage have resources and channel to get a foot hold outside North America. The micro-vertical and CFO approach will work.

The risk is, can Sage continue to get out of the way of the Intacct team? If the bureaucracy of the “old Sage” slows them down, whilst competitors move faster, Intacct will simply become another company Sage acquired and killed… Looking from the perspective of the Intacct Advantage conference, this isn’t happening… yet…