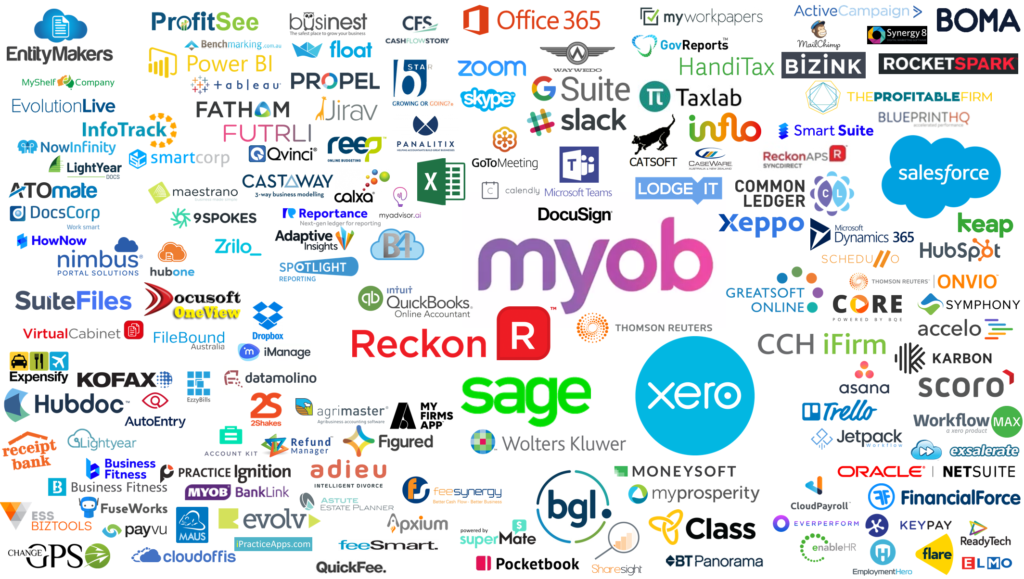 In August I posted this article (I’ve just updated the graphics slightly) signaling my intention to publish a series of blogs on the Accountant’s Software market. Across the preceding 12 months, I had undertaken two separate paid research projects on the state of this market and wanted to publish some of the key findings for the interest/benefit of others.

As it turns out, Sholto convinced me to make a presentation out of it for Accountech Live this week in Melbourne. Now that that event is done and dusted, I felt it time to revisit my public promise and post some key findings.

So here goes, 8 trends in Accountant’s Software Industry in Australia:

In order to understand where the industry is at the end of this decade, I think it necessary to look back at where we’ve come from.

Using the Abernathy and Utterback “3 phases of innovation” model outlined above, one would be very hard pressed to argue that the decade 1999 – 2009 wasn’t a classic example of an industry sliding from Traditional into Specific Phase. There was a significant contraction of competitors (which the ACCC saw no issue with at the time) and minimal innovation.

The next decade, the one now drawing to a close, saw a distinct shift back to an explosion of competitors and genuine product innovation.

Its ironic that in 2018, the ACCC suggested that the market was a duopoly, right at the time that we see the first signs of genuine competition in the industry in many years.

Looking at this graphic, it looks like you were right ACCC, accountants don’t have much choice for software… seriously WTF?!

Among the influx of new players and products, I see 8 key trends:

Before any one comments with:

Hear me out. Firstly, most accountant’s are still using a lot of desktop applications, particularly practice management and tax.

The key point and reason this is trend #1: Cloud is merely the starting line.

Cloud allows for Centralised Data, which leads to:

Those with genuine cloud products have already moved on to what’s next. Those languishing on desktop or “hybrid” offerings are focused on getting to the Cloud. There is next to no chance of catch up, as the rate of change is increasing. Its happened before with Mini/Micro systems to PCs and DOS, then DOS to Windows. The longer the vendor’s stay on the old platform, the less chance they have of ever catching up or even competing.

And the sad fact is, as I have already emphasised, Accountant’s Software is dominated by legacy. The trend in 2019 is the newer players with genuine, born-in-the cloud solutions (Xero at the lower end and Salesforce and Greatsoft at the top end) are now gaining serious momentum and it appears, are accelerating away at a rate of knots.

Google charges nothing for its main product, search. It moentises the ads.

Accountech Live charges nothing for attendees, which its former incarnation SmithInc ATSA had done. The moentisation is via the sponsors not the attendees.

US HR Tech company Zenefits pioneered free software as an avenue to sell insurance and benefits to employees. A model adopted by Employment Hero and Flare in Australia.

So why is alternate monetisation a key trend in Accountant’s software? Accountants are the most important Professionals in the lives of SMEs:

Accountants rank highest on the “most trusted, most commonly used” list of professions:

Accountant’s are a reliable channel to selling to SMEs. Craig Winkler and co worked it out at MYOB in the 90s. Craig took that knowledge with him to Xero. Its the commonality between MYOB’s original success in Australia and Xero’s global success.

Alternate monetisation is a great opportunity for accountants to get decent software for nothing or cheap. The quid pro quo, sell the vendors’ stuff to your clients please!

3. Appification & the trend to “Best-Of-Breed”

Businesses are using more software packages than ever before.

Largely because of the Cloud, APIs and the ease and cost effectiveness of distribution, niche applications have gained traction worldwide, across the sphere of business. More companies are using more apps to drive efficiency and gain a competitive advantage.

This is a trend highlighted in the Accountant’s technology space, with a plethora of single purpose or low number of purposes applications emerging. Best-of-breed has overtaken a reliance on one vendor for most things.

Perhaps it started out of necessity and a lack of maturity, but Cloud solutions often rely on interactions with third party solutions to fill gaps in their offering. The best “platforms” recongnise that an ecosystem of integrated solutions makes for a more attractive option for prospects and builds barriers to exit for customers.

Greatsoft’s go to market is all about its position within the ecosystem:

This is a formula repeated across the modern cloud solutions space. Leaders like Facebook, Salesforce, NetSuite etc have shown the power of the ecosystem is the path to scale. Even if it means allowing (or retaining in the case of acquisitions) competitors in your ecosystem. Intuit owns TSheets and Xero hasn’t blocked their access to its API. Conversely Xero owns Hubdoc, who remains in the QuickBooks ecosystem and continue to allow ReceiptBank to connect to Xero. Sage owns AutoEntry. Sage even has integration with MYOB AccountRight in its DataHub offering for Accountants… etc

Can you imagine iPhone would have been as successful without the App Store?

The accountant’s software space is now dominated and reliant on APIs and cultivation of ecosystems, including coopetition among competitors.

Unified client view is a logical and much needed industry trend.

A major trend, almost completely overlooked by the ACCC when considering the proposed MYOB acquisition of Reckon Accountant’s Division, is the ability for firms to use non-industry specific solutions within their practices.

Grant Thornton has gone all in on the Salesforce platform by implementing Financial Force.

Accodex out of Adelaide have built their platform on Salesforce as well. As too are Deloitte I am told.

Whilst some firms are using Practice Ignition (targeted at on-boarding and billing for Accounting Firms), many are using Proposify or Panda Doc which have broad appeal. Non-industry specific is not new, but it is a growing trend for firms to look outside the usual suspects when considering practice management.

7. The rise of Enterprise Cloud Platforms

Enterprise Cloud Platforms (ECPs) are starting to dominate the technology landscape. Companies, best exemplified by Salesforce, are not only building applications, but also platforms on which others can build. Think Android and the Play Store (or iPhone and App Store). Platforms allow innovation to thrive and flourish beyond the limits of the staff within the vendor. Platforms also allow for a seamless user experience, fast technical and security due diligence, a unified data view etc etc

Salesforce is a MAJOR player in Accountant’s software (as detailed in the previous point). Sage worked that out and rather than competing with the beast, jumped on-board to leverage both the ecosystem of Salesforce, but also their almost unrivaled sales capability.

ECPs are converging on comprehensive business systems that allow 3rd party innovation to help expand the systems. Its the new “All-In-One” where the one “system” delivers everything, even if the system has multiple “apps” and software developers.

8. Emerging Trend: App fatigue and the trend away from full-blown appification

Almost in contradiction to some of the points above, there is no doubt an emerging trend towards “App Fatigue”. This is happening with consumers on their smartphones:

And for the same underlying reasons, there is a trend towards app fatigue in the Accountant’s software market. These reasons include:

The obvious question arises – is this a trend back to “all-in-one”? Is best-of-breed a temporary phenomenon due to the immaturity of the new products?

I think its a little case of yes and no.

Ultimately all vendors will need to encourage and work with ecosystems, even if in some respect, the vendors compete (coopetition);

Firms will choose their technology stack, based on considering specific functionality: