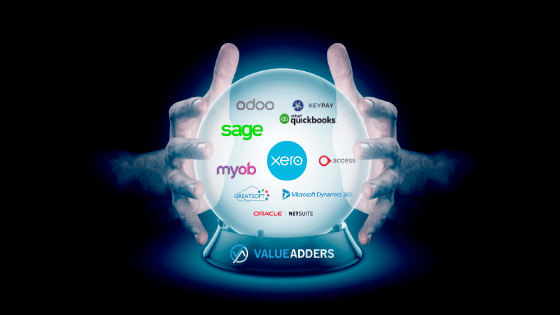 Here goes, after a fairly ordinary go at it in 2019 (which I reviewed here), I’m laying bare my reputation and saddling up for another shot in 2020.

This year I’m keeping the star rating system in place:

⭐⭐⭐⭐⭐ = its a lock, I’m very confident this will happen, its backed by more than gut-feel and suspicion, there’s some pretty rigorous research behind it.

⭐= long-shot, I’m not confident this will happen, but have a feeling and maybe a little insight that it *might*…

I had this one in last year’s predictions as a long-shot. It was based on a combination of 3 things:

This year, rather than me speculating by deduction, now there’s actually a rumour doing the rounds that this is happening. Several sources suggesting this is now more likely than not. I’m still not convinced Xero needs Spotlight, but I’m not running M&A at Xero…

2. The rise & rise of the All-In-One HR/Payroll/Workforce Management solution ⭐⭐⭐⭐⭐

I’ve been plotting the rise and rise of the unified employee management platform for the last decade. Historically the management of your employee records has comprised a disparate array of “semi-integrated” solutions covering the big three:

And the array of associated verticals/modules that fit in and around the big three:

The 2010s saw both the rise of specialty apps with narrow focuses, AND probably as a reaction to this rather than as a paradox of, end-user app fatigue and a growing desire for a unified employee record.

By the decade’s end we’ve seen a number of players appearing on the scene offering end-to-end, unified solutions. I break these into 4 camps:

So, whilst the trend is there by the end of last year, what’s different this year?

The forthcoming changes to Australian Modern Awards, related to new requirements around record keeping and the way employers are expected to contract and monitor salaried employee’ hours is probably the largest, legislated cultural change in Australian business in my lifetime.

In short, there is a large number (by my reckoning) of Australian employers with employees who have historically never kept time & attendance records, who from March 1 are expected to…

This will create a perception of distrust between employees and employers.

We will see a spike in employee privacy concerns around biometrics and system security.

Importantly, I expect it will also see a significant spike in the adoption of T&A systems (from biometric/bundy clocks to online timesheets). This should also have the side-effect of M&A activity in this space.

Xero appears one company that has the money and the need to do something in this space. So for a bonus point – Xero to acquire a workforce management / T&A vendor in 2020!

KKR have been quietly going about their business since acquiring MYOB. We have have seen a fairly significant management clean out (with more to come), including long-term CEO Tim Reed, but on the acquisition front they have been unusually quiet. 2020 I reckon will see some action.

With everything that’s going on in the space, MYOB will be well-advised not to sit on their hands and let their significant payroll assets be eroded by all-on-one and modern, cloud-based alternatives. Noting, MYOB have acquired in years past:

They have also proven nigh on hopeless at developing payroll with very weak solutions embedded in MYOB Advanced and MYOB Essentials (effectively two, clean code payrolls their teams have built in recent years).

I also look at the playbook of similar PE owned companies across the world. HR Software has been getting an increasing focus (benchmarking the likes of Visma in Scandinavia).

On the balance of logic, a defensive strategy, reading the market opportunity, benchmarking others etc (all things expensive employees of KKR are paid to know), I perceive MYOB needs to (and will in 2020) acquire a modern, cloud HRIS/Workforce Management platform and maybe retrofit a payroll to it in time…

I keep raising with the exec team at Sage about the incongruence of taking Sage Intacct and Sage People to market with legacy payroll solutions in MicoPay & WageEasy. I keep getting wry smiles and #watchthisspace replies.

I’m pretty confident this means they are cooking something. likely in the Salesforce ecosystem. I think Sage’s record shows they are unlikely to build (or at least execute build plans). So that leaves acquisition and partnership.

A quick search of the Salesforce AppExchange brings up only one Australian Payroll solution: http://www.2cloudnine.com/

I am confident Sage will announce a new Payroll / Workforce Management solution for Australia in 2020.

For a bonus point, I’ll go as far as to guess it will be through acquisition or partnership with 2CloudNine!

Sticking with MYOB, they have been very noisy about their position in the mid-market (though time and again I have called them out for quoting the highly inaccurate iStart report as evidence of their position). They have even suggested they will be looking at acquisitions in this space.

Now, they have a new competitor to worry about. UK based The Access Group recently arrived through acquisition of long-time mid-market player in Payroll & Accounting – Attache Software. Access is on an absolute acquisition spree and are busy recruiting head of M&A in Australia.

Throw into the mix Priority Software out of Israel, who have money and an acquisitive appetite and aren’t scared of legacy tech. They semi-recently acquired the old MYOB Americas and have a small presence in Australia with a mid-market ERP of their own.

This sets up a potential fight over the remaining legacy players in the Australasian mid-market. And there are quite a few, with client numbers in the hundreds to the low thousands, including:

Add in the Kiwis such as:

And you have a lot of conversations going on I expect! I do expect at least one deal to be done in 2020…

Remaining on the mid-market ERP topic, how quickly this market is changing in Australia. Even as a veteran of 20 years in the space with a tendency to over-estimate change, the mid-market cloudification is occurring quicker than I had expected.

It seems like its only the last year that we have started to see a significant trend and its in part driven by product availability and particularly the demise of MYOB AccountRight Classic (which has in fact been the leading solution used by mid-market companies for the last 20 years). Furthermore, the performance issues continuing to be experienced by AccountRight “Live” customers who opted to “upgrade” rather than change systems altogether, is further accelerating the market change.

My predictions is, with 2020 hindsight, a decade from now we will say that 2020 was the year the market clearly moved:

TO: a competitive cloud-tech market, dominated by large global players:

I think Greatsoft is making a few companies uncomfortable with where they’re at. The announcement of RSM as a client could be seen as the canary in the coalmine for the established and aspirational players in the space.

The vendors in the Accountant’s Practice Management space have a history of being highly acquisitive (with pretty much every established product being an acquisition).

Some adjacent industry players are said to have aspiration to acquire in the space.

(I might get in trouble for saying this, but…) The key owners of Greatsoft are pretty much on the wrong side of 55. An exit to a big offer now may well sound easier than fighting the fight of exponential growth ahead.

All these factors tell me a deal could happen. It may not be as early as 2020 (I have a history of being a bit early), but… call this one a long-shot!

Based on the chart below, this prediction goes AGAINST the underlying trend.

I feel, 2019 growth for Cloud small business accounting & payroll software was no doubt propped up by both Single Touch Payroll AND the end of support for MYOB AccountRight “Classic”. My recollection of the post GST era, was an industry that cooled quickly, even to a point of below normal acquisition rates.

My recollection post GST, was an industry that cooled quickly, even to a point beyond normal acquisition rates.

The reality is also, the bigger you are, the higher your raw churn. With economic head-winds afoot (bushfires and the potential impacts Coronavirus to name but two) and now a very large install base of SMEs, its logical Xero’s raw churn rate in Australia will make continued net growth more and more difficult.

I also look at NZ where Xero’s growth rate has slowed enormously.

I predict Xero’s 1H21 (April-September 2020) growth numbers for Australia will disappoint some and fall significantly on SPLY.

The BIG question is: can the continued growth in the UK and beyond coupled with acquisitions, make up for the slow-down in the antipodes? I suspect it will, but watch for the language around antipodean growth rates to shift.

I’ve been sensing a souring relationship between Intuit Australia and KeyPay for sometime.

Firstly, Intuit acquired Acrede in the UK (5 years ago) then said that it was their worldwide solution for QBo Payroll (yet to happen and appearing more and more unlikely to happen – Intuit are not great at acquisitions BTW). Immediately announcing themselves as competitors to KeyPay and a shelf-life on the KeyPay/Intuit partnership.

Lately I’ve witnessed technical issues, which each is quick to shift blame onto the other (the issue appears to lie with Intuit and its move away from oAuth 1). I’ve heard that Intuit has appointed a payroll product manager in Australia (as opposed to a KeyPay partner manager) and I’ve heard stories of Intuit staff canvasing non-KeyPay 3rd party solutions to partners. I also heard that Intuit were building their own.

Obviously Acrede, building and a new 3rd party can’t all be true… but generally where there’s smoke there’s fire… there’s something afoot.

Before writing this, I tried to reach out to both KeyPay and Intuit to validate my story before publishing it. I got nothing of substance back from either. Notably no criticism of the other, but nor did I get a resounding endorsement of their partnership beyond expected corporate speak.

So here’s a long-shot prediction for 2020 for you – Intuit Australia to announce a new payroll solution for QBo.

OK, so this might have already been announced today… I just thought I’d throw it in so I get one right… 🙂

Anyway, there’s my 10 (with a couple of bonus point opportunities). Let’s hope 2020 is a better year for predictions than 2019! Wish me luck!